Note: Two very impressive and large areas of emission nebulosity in Cassiopeia are IC 1805 (Heart Nebula) and IC 1848 (Soul Nebula). The northeastern section of IC 1805 is denoted as IC 1795 and represents an area of active star formation. IC 1795 lies at a distance of about 6,500 light-years away and spans another 55 light-years in diameter. The brightest section of IC 1795 indicated by the image below is catalogued separately as NGC 896. The stars behind the hydrogen ionization and excitation of IC 1795 have yet to be identified and are presumed to be obstructed by interstellar dust and consequent absorption (the only O-type star discovered so far is BD +61° 411). An image of IC 1795 by WISE involving the infrared portion of the spectrum revealed several young stars which are a few million years old (see here). IC 1795 is also recognized as being a very strong source of radio emissions (see Aikman and Macrae). 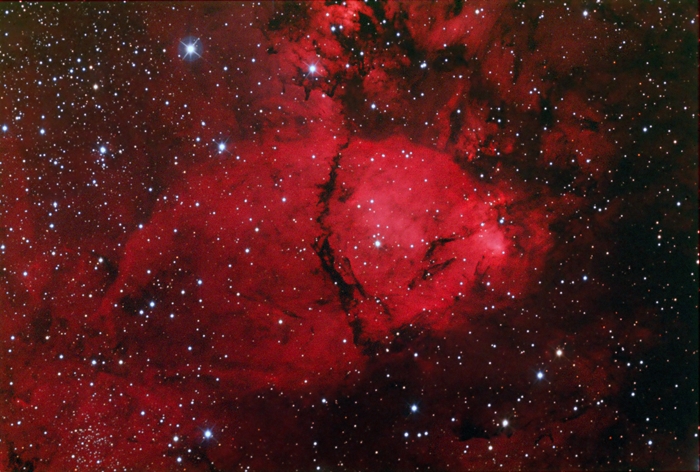 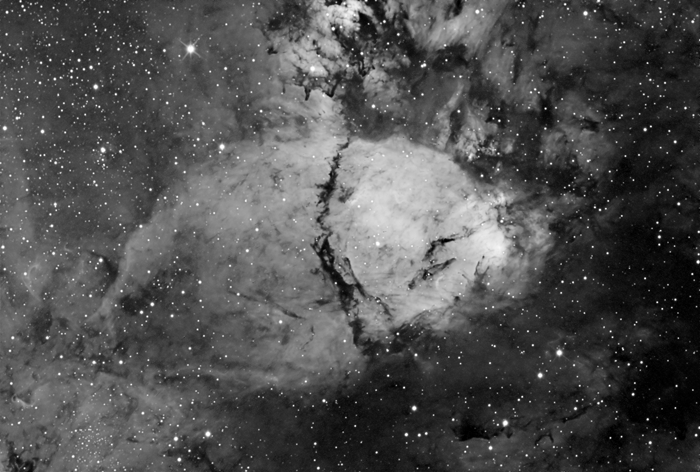