Galaxies are perhaps one of the most attractive deep-sky objects to observe and photograph. They represent massive collections of dust, gas and countless billions of stars and are best described as islands of space matter across the universe. They are characterized as being either spiral or elliptical in nature and usually have a bright central core. Equally stunning to observe (with large-aperture telescopes) and image are galaxy clusters which represent collections of gravitationally-bound groups of galaxies whose members number from tens to thousands and which are classified on the basis of their richness (ie. number of galaxy members), shape (spherical, flat or irregular) and content (spiral or elliptical). Charles Messier's list of deep-sky celestial gems includes approximately forty bright and large galaxies.

Note: The elliptical Seyfert galaxy NGC 404 in Andromeda is more commonly referred to as Mirach's Ghost owing to its very close proximity to Mirach (β-And, mag 2.06). Although it has an apparent diameter of 4.4 by 4.2 arc-minutes, it appears as a small circular dwarf galaxy with a bright core due to the immense glare from Mirach. NGC 404 is characterized with a surface brightness of 14.6 mag/arc-min2 and which is made more difficult to observe at low powers due its 7 arc-minute distance from bright Mirach. Lying at a distance of slightly over 10 million light-years away, it is not part of the Local Group of Galaxies. NGC 404 was discovered by William Herschel in 1784. For a photograph of Mirach's Ghost by the Hubble Space Telescope, click here. 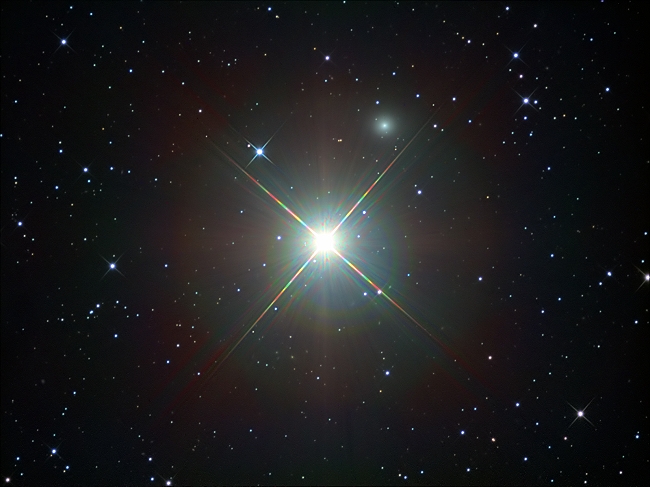