Note: Open cluster NGC 2281 in Auriga is a bright cluster (magnitude 5.4) which can be visible under dark skies. It is comprised of at least 40 member stars with a large number being under tenth magnitude. It is widely distributed across a field spanning nearly 30 arc-minutes with a notable core involving a dozen bright members. It has been estimated to be approximately 300 million old and characteristically includes a few yellow giants as indicated by the image below. This cluster lies at a distance of approximately 1820 light-years away and spans about 13 light-years in diameter. The cluster was first discovered by William Herschel in 1788. NGC 2281 lies at the midpoint between Gemini to the east, Auriga to the West and Lynx to the north and is best observed during winter lying overhead with the onset of darkness. 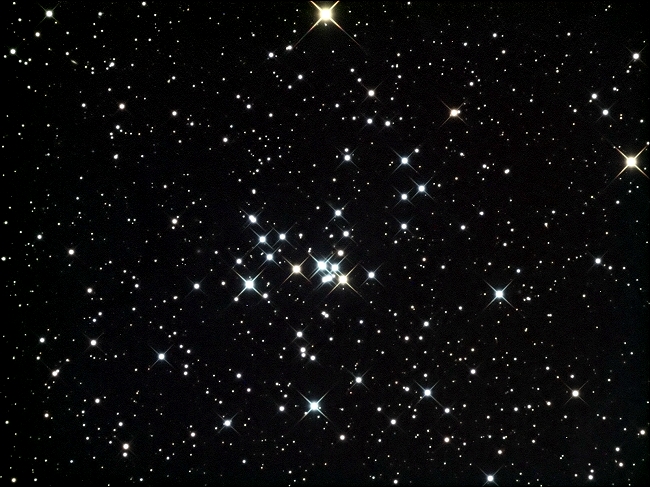