Note: Open cluster NGC 6705 in Scutum depicted below is a rich dense cluster comprised of nearly 3000 member stars which are of uniform brightness and very well detached from the background sky. The cluster spans 14 arc-minutes in diameter or almost half the apparent diameter of the full moon. Also known as the Wild Duck cluster, NGC 6705 lies at a distance of 6,000 light-years away and is dated at a mere 220-250 million years-old and as evidenced by the predominance of white hot stars in the image below. The cluster is best observed using low magnifications (50-100x) during mid-summer as it appoaches the southern meridian near midnight. NGC 6705 was discovered by the German astronomer Gottfried Kirch (Berlin Observatory) in 1681. 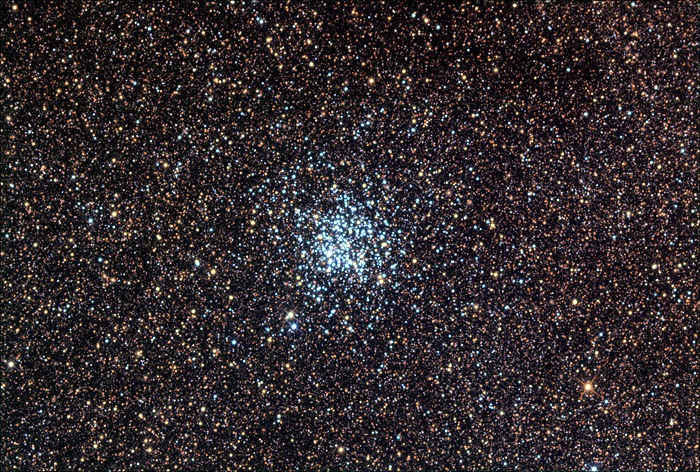