Note: The Crescent Nebula in Cygnus is one of the most recognized emission nebulae. Lying at a distance of 4700 light-years away and spanning 16-25 light-years across, NGC 6888 is a prime example of a Wolf-Rayet-type nebula where luminous and massive stars reaching the end of their evolutionary life shed material which is dispersed into an already existing bubble, thus leading to impressive and large-scale emission nebulae. In this particular case, the dominant blue star in the middle of the image, HIP 99546 (mag 7.50), is the star responsible for this stunning nebula. Discovered by Herschel in 1792, the Crescent Nebula lies a few degrees north of Sadr (γ-Cyg, mag 2.20) and is ideally placed during summer where it is directly overhead around midnight. 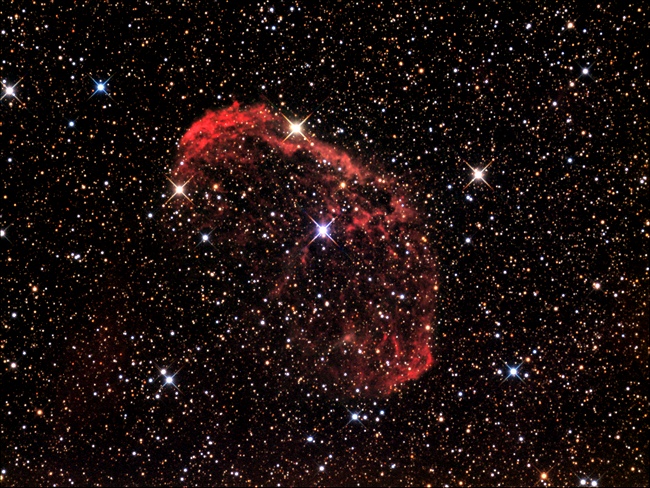