Open star clusters are widely distributed in the universe and represent a loose collection of stars which number from a few dozen to a few hundred stars. Perhaps the three most famous such open clusters are the Pleiades (M45) in Taurus, the Beehive (M44) in Cancer and the double cluster in Perseus. They are all characterized with a handful of hot and white prominent stars and nebular material surrounding these stars.

Note: Discovered by Messier and catalogued in 1780, the asterism M73 consists of four bright member stars whose shape crudely resembles an extended triangle or a "Y" flipped on its side. There exists some controversy as to whether these four bright stars are related or not by virtue of the fact they are of similar (and bright) magnitude and quite close together which leads to the suggestion that the asterism is really a loose open cluster. The four stars range in magnitude from 10.31 to 12.9 and lie at a distance of 2,500 light-years away. The cluster is best observed using low to mid-powers during late summer and early fall when it is directly due south. Being relatively low in altitude, it can represent a challenge for observation and imaging if light-pollution and/or seeing are less than ideal. 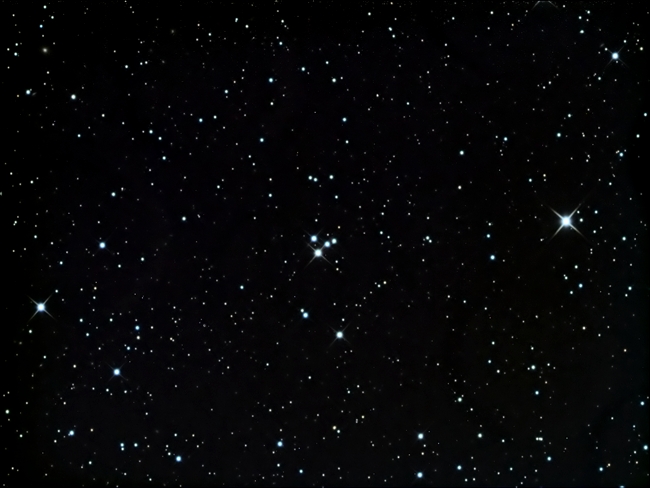