The Sharpless catalog of emission nebulae contains 313 entries representing H-II emission nebulae with a declination of -27 degrees or above. Compiled and published by American astronomer Stewart Sharpless (USNO) in 1959 (see here), the catalog contains a wide variety of star formation regions across the Milky Way including various Herbig-Haro and Wolf-Rayet objects as well as a number of well-known emission nebulae such as the Trifid (M20), the Eagle (M16), Orion (M42), Lagoon (M8), the Crescent (NGC 6888), and the Crab (M1) nebula.

Note: The large and dim emission nebula Sh2-96 in Cygnus represents a portion of a collection of filaments which are associated with supernova remnant G65.2+05.7 and which also includes Sh2-91 and Sh2-94 to the south. This supernova remnant was discovered by Gull et al in 1977 during the course of an emission line survey involving the galactic plane. It is estimated to span 230 light-years in diameter and to lie at a distance of approximately 2935 light-years away. Kinematic studies by Rosado reveal an expansion velocity of 90 km/sec, thus suggesting the remnant to be approximately 20,000 years old and thereby making it one of the oldest supernova remnants known. The complete SNR is estimated to cover an area of 4° by 3.3° (see Shelton et al) with Sh2-96 representing the northermost section of the shell lying approximately 2.5° north of Albireo. In contrast, Sh2-91 is the southermost filament of the supernova remnant, representing the southern wall of the shell, and measures 120' x 20'. Similarly, Sh2-94 lying between Sh2-96 to the north and Sh2-91 to the south represents the western wall and is associated with an apparent diameter of 25' x 10'. For a deep optical survey of this supernova remnant, see Mavromatakis et al (2002). 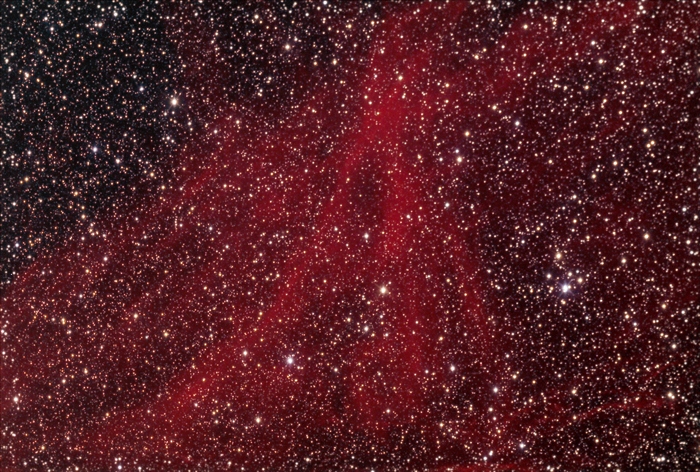 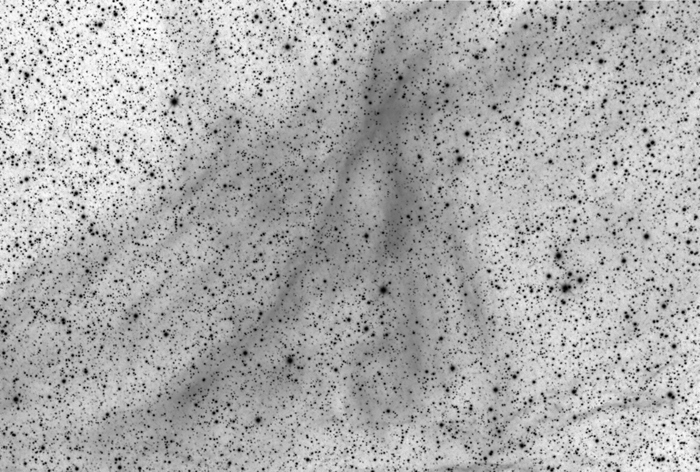