Note: QSO 0957+561 lying at a distance of 7.8 billion light-years away has the distinction of being the first gravitationally lensed object identified (1979). Due to an intervening mass lying in the optical path between earth and the quasar, the light from the quasar is bent (as predicted by Einstein), thus yielding two images of the source with relative magnitudes of 16.7 (QSO 0957+561A) and 16.5 (QSO 0957+561B) and with an apparent separation of only 6 arc-seconds. The edge-on galaxy partially visible in the image below is NGC 3079 (mag 10.9). With a redshift value of z=1.414, this quasar is receeding away from us at nearly 71% the speed of light (ie. 210,000 km/sec). 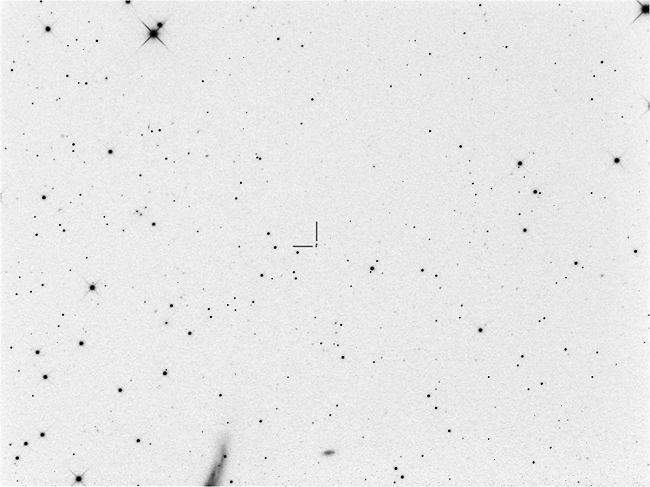