Note: Quasar 3C 273 is the easiest quasar visible in amateur telescopes owing to its 12.8 visual magnitude. Similarly, it is one of the most distant objects visible with a backyard telescope at a distance of 2.18 billion light-years away. Quasar 3C 273 has the distinction of being the first quasar discovered (in 1963). Its redshift (z=0.158339) suggests that it is receeding away from us at 14.7% the speed of light (ie. 44,000 km/sec)! 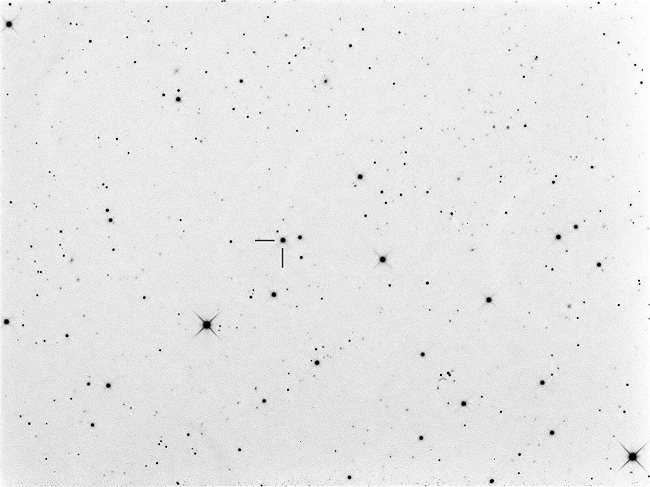