Note: Quasar APM 08279+5255 lies at a distance of approximately 12 billion light-years away and yet shines at magnitude 15.2! This combination of great distance and brightness makes it the brightest object in the night sky (equivalent to 100 billion suns) and, furthermore, is a rare example of gravitational lensing with three components (usually the number of components is even-numbered such as 2 or 4). High resolution images by the Hubble Space Telescope have revealed the three components due to lensing by an intermediate galaxy not visible in our light of sight to be separated by no more than 0.4". With an updated redshift of 3.91 (!), this extremely luminous and highly red-shifted quasar is believed to possess a huge supermassive black hole at its center. Its age (12 billion years old) suggests that it was created a mere 1.5 billion years after the creation of the universe.

Note: An exciting study released July 22, 2011 by NASA scientists suggests that the largest reservoir of water discovered in the Universe so far and involving the "equivalent to 140 trillion times all the water in the world's ocean" has been discovered around APM 08279+5255 (click here for further details). 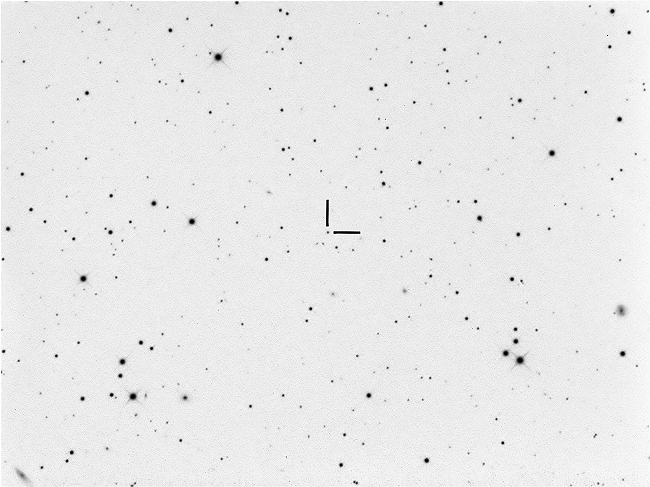