Aside from being the closest planet to the Sun, Mercury is only second to distant Pluto in being the smallest planet of our solar system. It rotates completely around the Sun once every 88 days and has such a slow rotation about its axis that a day on Mercury is greater in length than its year (ie. time required to orbit the Sun). The proximity of Mercury to the Sun is responsible for its characteristic surface which is completely covered with craters, for the immense gravitational force of the Sun attracts many comets and asteroids which inevitably also crash into Mercury due its close proximity to the Sun. At aphelion, Mercury reaches a temperature of 285°C whereas during perihelion it surpasses 430°C (7.5x the greatest temperature ever recorded on the surface of the Earth: 57.7°C, Lybia, Sept 1922). In contrast, the temperature at night reaches -180°C due to the absence of any atmosphere. The only satellite missions to Mercury were Mariner 10 which made three fly-bys between March 1974 and March 1975 when it photographed half its surface as well as Messenger when it went into orbit in 2011. One of the most dominant features encountered by Mariner 10 is a plateau measuring 1300 km in diameter and is most probably due to an impact from a 100-km wide asteroid travelling at 500,000 km per hour. 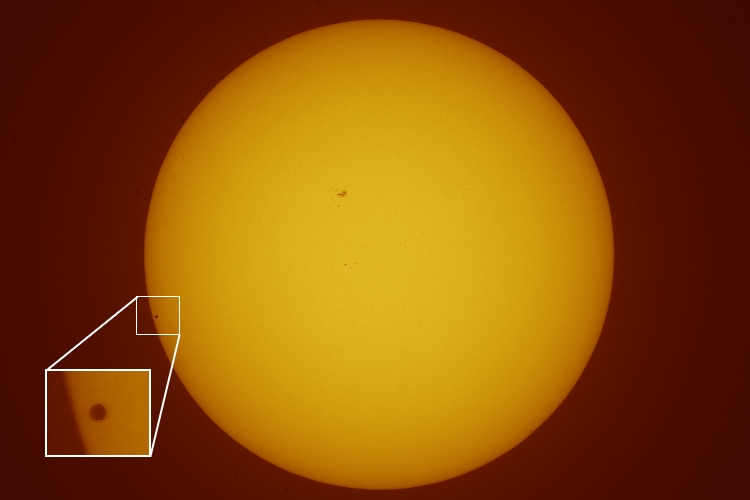