Venus is named after the Greek goddess of love and beauty "Aphrodite" and is often referred to as earth's "sister planet" due to various similarities including a virtually identical physical size, mass and density and a similar orbital period around the sun. One of the most dramatic exceptions and characteric features of the second planet from the Sun is the thick, dense and poisonous cloud composed of lethal carbon dioxide and sulphuric acid and which totally covers Venus. A consequence of this cloud is that heat cannot escape back into space (albedo=0.65!) and as a result the planet has become one huge and massive "Greenhouse" characterized with temperatures which exceed 450° C (or 890° F) and are able to easily melt lead. Similarly, devasting winds in the upper atmosphere approach 400 kph (250 mph).

Venus is different from most of the other planets in the solar system as it is characterized with a retrograde rotation which leads to the Sun rising in the West and setting in the East. Furthermore, its rate of rotation (243 days) is the slowest of any planet and slightly exceeds its rotation around the sun with its year being about 225 days. The surface is characterized with a crushing pressure approximately 100 times that on earth with notable land features including the 30-km wide and butterfly-shaped Aurelia Crater with minimal scattering of ejecta material due to the high surface pressure, the 6800-km long (!) Baltis Vallis which spans the lava plains of Venus and is interestingly 2.5 km wide from start to end, the 2-km high and 200-km wide Volcano Sif Mons which is active with lava flows and, finally, Aphrodite Terra which spreads about the equator and is characterized with both lava flows from the volcano Maat Mons and various distinct surface cracks.

Missions to Venus include Mariner 2 (1962), Venera 7 (1970), 8 and 9 (1975), and Magellan (1989). These probes have been instrumental in sending back surface images and a variety of atmospheric and surface measurements related to chemical composition, temperature, pressure, wind speeds and crater dimensions. For a complete and impressive list of satellite missions to Venus, click here. 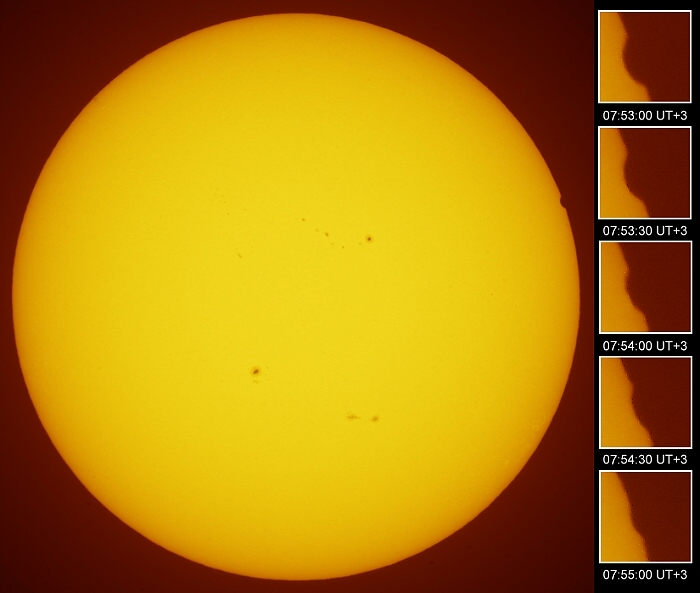