An aspect of astronomy which is very exciting is the handful of stars which have been found to be characterized with very high proper motion. To be more specific, the position of stars is virtually identical from century to century (let alone, year to year!) and, yet, a very small number of these stars show dramatic motion across the sky when observed from year to year. This rapid motion which is easily identified using parallax techniques strongly suggests that these stars are very close to our sun and solar system with distances often being less than ten light years (many galaxies, for example, are hundreds of thousands of light years away). The most dramatic of these stars is Barnard's Star which has a proper motion slightly in excess of ten arc-seconds per year (!), is estimated to be approximately 5.94 light years away and is currently passing through the constellation of Ophiuchus. Other examples of interest include Wolf 359 (4.70" per year, Leo), Lalande 21185 (4.80", UMa) and Lacaille 9352 (6.90", PsA). The most recent discovery (2002) is Teegardner's Star in the constellation of Aries where preliminary estimates suggest a proper motion of 5.05" per year with a distance of approximately eight light years from the sun. 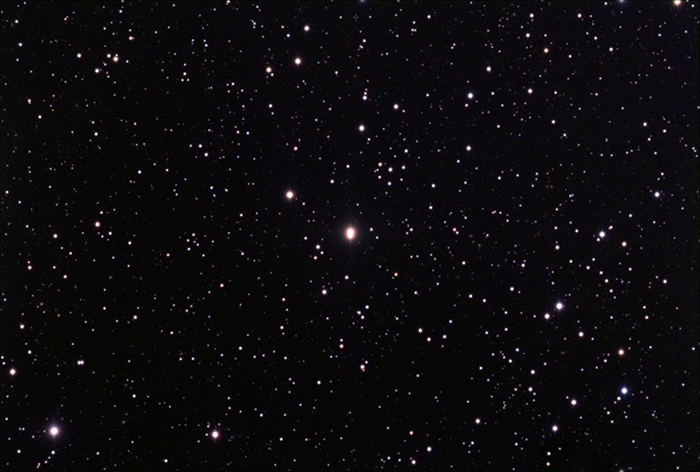