Note: PAL 9 in the constellation of Sagittarius is a globular cluster with a fairly dominant concentrated core and as indicated by the image below and its Trumpler classification of "VIII". It lies immediately below the bright carbon star SAO 187445 (mag 5.0, B-V=1.63) and just to the east of another bright carbon star (SAO 187426, mag=4.86, B-V=1.67). Palomar 9 is characterized with a surface brightness of 11.9 mag/arc-min2 and which is relatively bright amongst the members of the PAL catalog but which still represents a quite formidable challenge to observers. Its apparent diameter of approximately 3.9 arc-minutes makes PAL 9 also one of the smaller members of the PAL catalog. PAL 9 lies at a distance of 23,100 light-years away, thus making it one of the closer globular clusters within the Milky Way. PAL 9 was discovered by William Herschel on August 7, 1784 and as indicated by its inclusion in the NGC catalog (NGC 6717). The cluster was independently noted in the POSS plates by George Abell in 1955 while unaware of its earlier discovery by Herschel. 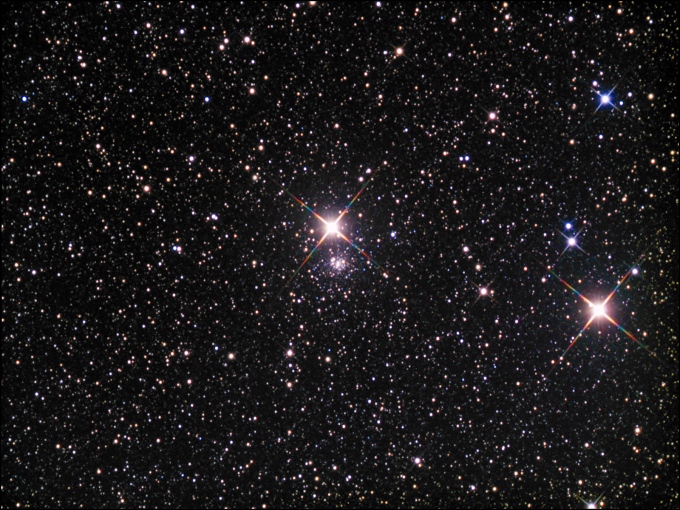