Note: PAL 11 in the constellation of Aquila is a globular cluster with a very weakly concentrated core and as indicated by the image below and its Trumpler classification of "XI". It is characterized with a surface brightness of 12.1 mag/arc-min2 which is relatively bright amongst the members of the PAL catalog but which still represents a quite formidable challenge to observers. Its apparent diameter of approximately 3.2 arc-minutes makes PAL 11 also one of the smallest members of the PAL catalog. PAL 11 lies at a distance of 42,400 light-years away, thus making it one of closer globular clusters within the Milky Way. PAL 11 was discovered by American astronomer Albert George Wilson in 1955. 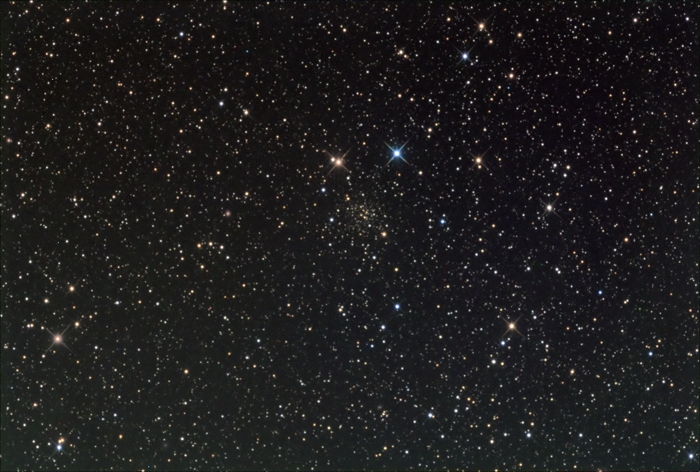