Note: PAL 13 in Pegasus is a globular cluster with a weakly concentrated core and as indicated by the image below and its Trumpler classification of "XII". It is characterized with a surface brightness of 17.7 mag/arc-min2, thus making it one of the dimmest globular clusters within the PAL catalog as well as the Milky Way and which represents a very formidable challenge for observers with large-aperture instruments. Its apparent diameter of approximately 1.8 arc-minutes makes PAL 13 also one of the smallest members within the PAL catalog. PAL 13 lies at an impressive average distance of 84,100 light-years away, thus making it a galactic halo globular cluster within the Milky Way. A recent study found PAL 13 to be 10.5 + 1.0 billion years old! PAL 13 was discovered by American astronomer A.G. Wilson in 1953. 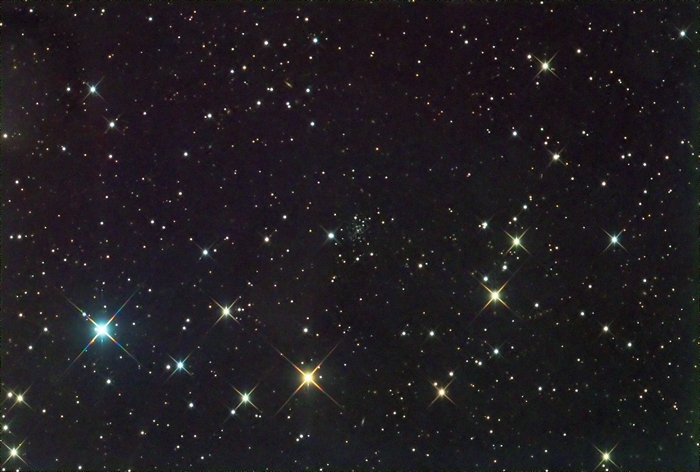