Note: The stunning Cocoon Nebula in Cygnus has the distinction of being an emission, reflection and absorption nebula as characterized by its rich plethora of red and blue hues as well as dark lanes when viewed in the visible portion of the spectrum. IC 5146 is technically a star cluster owing to the presence of a developing open but loose cluster at the heart of this rich nebulosity and which is evident in the image below. Widefield photos of the region reveal a Barnard dark nebula (B168) which terminates with the Cocoon nebula. This stellar nursery lies at a distance of 4,000 light-years away and is located a few degrees south of the open cluster M39. The dark nebula B168 which terminates to the east at the Cocoon nebula can easily be detected using binoculars. 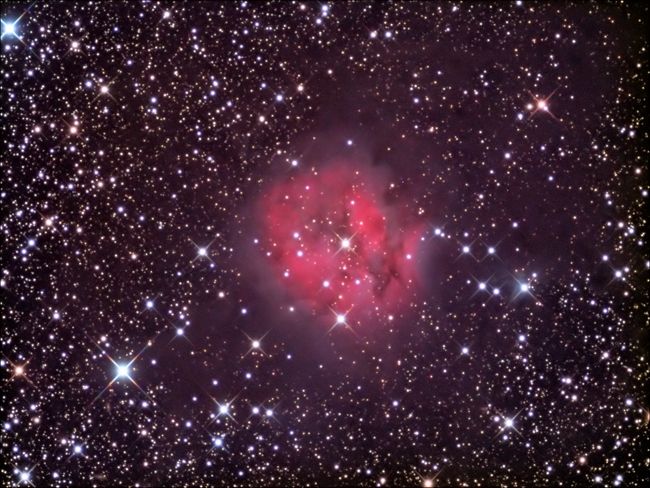